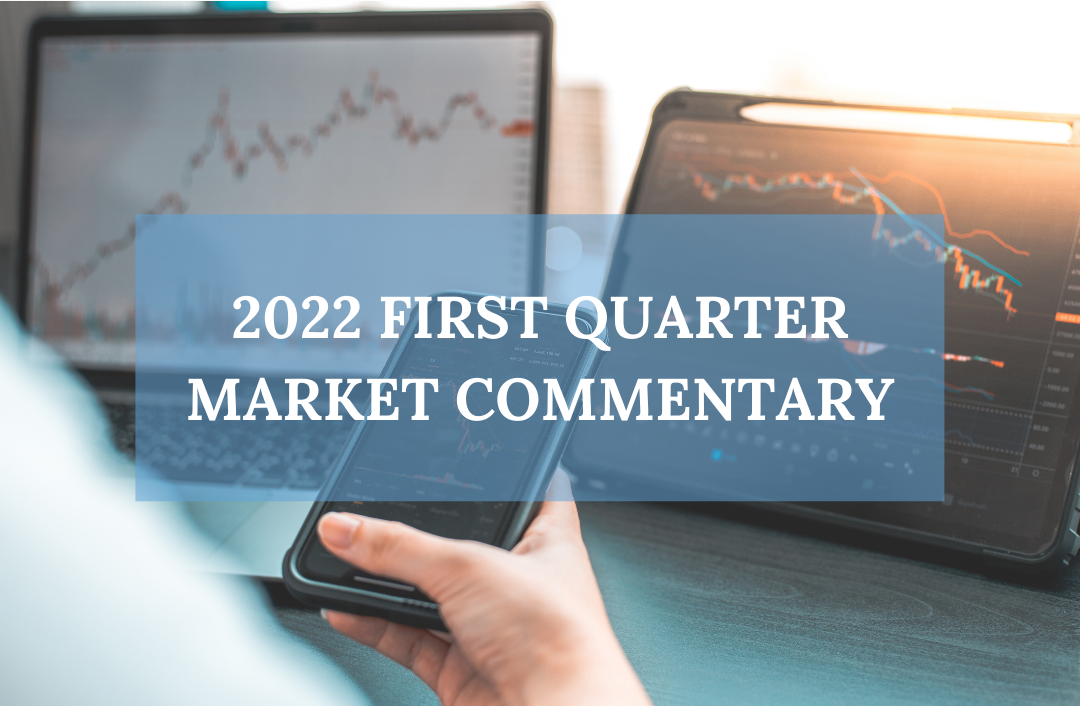 The S&P 500 Index hit a new all-time high on January 3, and it was all downhill from there.  For the next seven weeks the downward pressure came from inflation and the expectation that the Fed would raise interest rates several times in 2022.  The trailing twelve-month change in the CPI was 7.1% in December, 7.5% in January, and 7.9% in February.  On January 5 the Fed released the minutes of its last policy gathering in 2021, which showed discussion around a potentially faster pace of shrinking the central bank’s massive balance sheet and raising rates.

Then the narrative changed on February 24 when Russian troops entered Ukraine.  Now the story shifted to the price of oil, as many NATO countries moved to implement sanctions against Russia, which is the second-largest supplier of crude petroleum after the United States.  Brent Crude, which traded below $70 per barrel as recently as December 1, topped $133 on March 8.

Perhaps not coincidentally, March 8 was the low point of the S&P 500 index for the quarter; at the close of the market that day it was off 12.8% from its January 3 high (including reinvestment of dividends paid during that period).  As a side note, this marked the 28th time since 1954 that the index fell more than 10% from its previous high, and in more than half of the previous 27 downturns the market righted itself before the decline could reach 15%.  This quarter the market rebounded enough in the last three weeks to leave us with a -4.88% return on the S&P 500 Index.

Rising oil prices are only beneficial for two types of companies -- those that are in the business of extracting petroleum from the ground, refining it, and selling the finished products, and those which provide alternatives to petroleum-based energy, such as electricity and natural gas utilities.  The stock market value of these companies at the beginning of the quarter was less than 5% of all of the money invested in the 1500 stocks that make up the Standard & Poor’s S&P 1500 index of large, mid-sized, and small publicly traded U.S. companies.  It can safely be said that the other 95% of the stock market value is in companies that are consumers of energy rather than providers of energy.  Here is why this was particularly important in the first quarter:

Other factors which correlate closely with the energy and utilities sectors include a value style orientation and high dividend yields.

Foreign markets saw a similar polarization between oil exporters and importers.  Brazil, Peru, Colombia, Chile, UAE, and South Africa all saw gains of more than 20% (in U.S. dollar terms), while most of Europe was negative.  The only developed European countries with positive stock market performance were Norway and the UK, both of which have significant offshore drilling operations.

The bond market was not without its woes as well.  Conventional wisdom tells us that a good economic indicator is when interest rates for long-term bonds are significantly higher than rates for short-term debt securities, since lenders are then rewarded for their patience.  The banking industry business model lends support to this – banks borrow money from their depositors by paying short-term interest rates, and they lend money to borrowers at long-term rates.  The difference between the two is the bank’s profit, and big differences mean that banks are willing to lend and keep liquidity in the markets.  Unfortunately, that is not currently the case.  Since 1990, the average difference between the 10-year and two-year Treasury notes has been 1.14%.  On March 31 the difference was only 0.04% -- a condition known as a “flat yield curve”.  The last four times the 2-10 difference was this small (May 1990, January 2001, May 2007, and September 2019) the S&P 500 index fell 12% or more in the next 5-10 months.

Investing in stock includes numerous specific risks including: the fluctuation of dividend, loss of principal and potential illiquidity of the investment in a falling market.

Dividend payments are not guaranteed and may be reduced or eliminated at any time by the company.

Government bonds and Treasury bills are guaranteed by the US government as to the timely payment of principal and interest and, if held to maturity, offer a fixed rate of return and fixed principal value

Because of their narrow focus, sector investing will be subject to greater volatility than investing more broadly across many sectors and companies.

Value investments can perform differently from the market as a whole.  They can remain undervalued by the market for long periods of time.

The Standard & Poor’s 500 Index is a capitalization weighted index of 500 stocks designed to measure performance of the broad domestic economy through changes in the aggregate market value of 500 stocks representing all major industries.

The S&P 1500 Index is an unmanaged index of approximately 1500 domestic (U.S.) publicly-traded companies whose outstanding common stock shares have a value of at least $850 million and that meet other criteria for liquidity, profitability, and sector diversification as established by Standard & Poor’s. The index represents approximately 90% of the investable U.S. stock market.