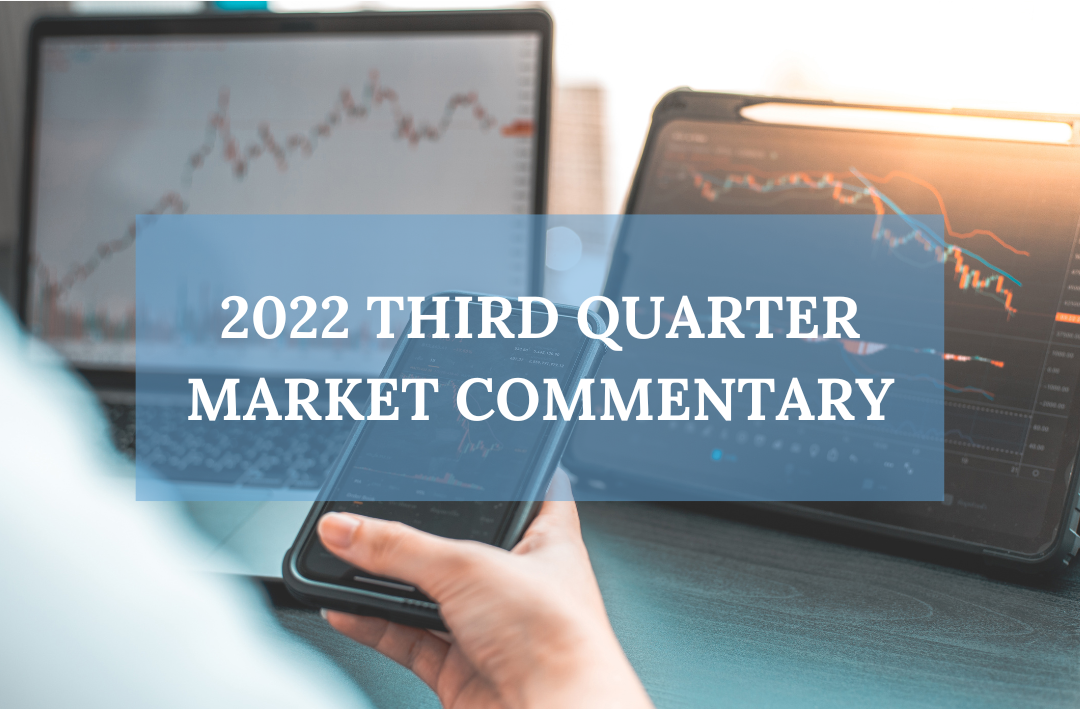 One of the funny things about the stock market is that every time one person buys, another sells, and both think they are astute. — William Feather

Let’s face it – we were all fooled. In the middle of June, the S&P 500 was 23% below its January high, but then it rallied for a 17.4% gain in the next two months. The talking heads on the business stations told us that there had never been a time when the market recouped at least half of a 20%+ decline and then went and hit a new low before hitting a new high. On July 27, the Fed announced another 0.75% increase in the overnight borrowing rate and the markets shook it off; the S&P 500 rose 2.6% that day. Everything was rosy.

But Fed Chairman Jerome Powell wasn’t having any of that. His language over the next two months got tougher. On August 26, he made it clear that the Fed is determined to fight inflation with more sharp interest rate hikes, which will likely cause pain for Americans in the form of a weaker economy and job losses. On September 22, Powell acknowledged what many economists have been saying for months: That the Fed’s goal of engineering a “soft landing” — in which it would manage to slow growth enough to curb inflation but not so much as to cause a recession — looks increasingly unlikely, and that before the Fed’s policymakers would consider halting their rate hikes, he said, they would have to see continued slow growth, a “modest” increase in unemployment and “clear evidence” that inflation is moving back down to their 2% target. The year-over-year change in the CPI through August was 8.3%.

From the head-faking high on August 16 to the close of the market on September 30, the S&P 500 declined 16.7%. For the quarter as a whole, the S&P 500 lost 4.88%, with other indices following suit – the Russell 2000 index of small companies fell 2.19%, and the MSCI EAFE Index of developed international markets declined 3.59% in local currency terms; however, a very strong dollar pushed the index return down to -9.36% after converting back to U.S. dollar terms. The strengthening of the dollar was the result of government bonds becoming more appealing to foreign investors as their yields rose. Specifically, the dollar gained anywhere from six to ten percent against the Canadian Dollar, Euro, Japanese Yen, British Pound, Australian Dollar, New Zealand Dollar, South Korean Won, Chinese Renminbi, and Russian Ruble. (Now our readers are ready for a World Currencies category on Jeopardy!)

Bonds are facing the prospect of a second consecutive calendar year of losses, something that hasn’t happened since 1955-56. In Q3 the Bloomberg Aggregate Bond Index – representing domestic investment-grade fixed income securities – returned a negative 4.75%, which brought the year-to-date figure down to -14.61%. The 2021 return was -1.54%.

For the most part, commodity prices fell, led by a 26% drop in the price of West Texas Intermediate crude oil. But natural gas prices are on the rise (+25% in three months) due to the world’s heavy reliance on Russia as a supplier.

The S&P 500 Index is a capitalization weighted index of 500 stocks designed to measure performance of the broad domestic economy through changes in the aggregate market value of 500 stocks representing all major industries.

The MSCI EAFE Index is designed to represent the performance of large and mid-cap securities across 21 developed markets, including countries in Europe, Australasia, and the Far East, excluding the U.S. and Canada. The Index is available for a number of regions, market segments/sizes and covers approximately 85% of the free float-adjusted market capitalization in each of the 21 countries.

The fast price swings in commodities will result in significant volatility in an investor’s holdings. Commodities include increased risks, such as political, economic, and currency instability, and may not be suitable for all investors.

Currency risk is a form of risk that arises from the change in price of one currency against another. Whenever investors or companies have assets or business operations across national borders, they face currency risk if their positions are not hedged.

The Bloomberg Barclays U.S. Aggregate Bond Index is an index of the U.S. investment-grade fixed-rate bond market, including both government and corporate bonds.