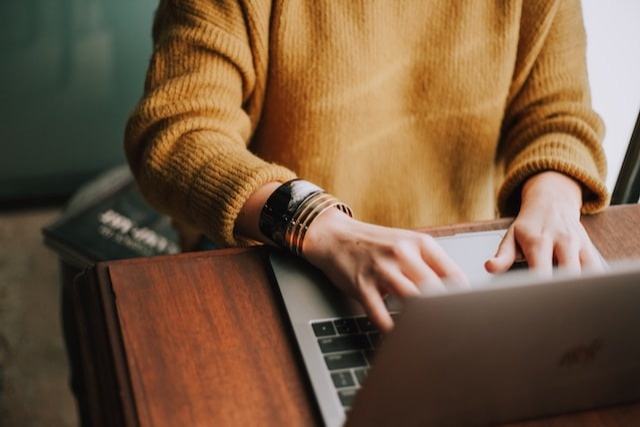 What Is An Inverted Yield Curve And What Are Its Implications?

Last month the financial press has given a lot of attention to the rare phenomenon known as a “yield curve inversion”, where interest rates on short-term Treasury securities are higher than those available on longer-term securities.  This has only been the case about 6% of the time since 1990, and it can serve as guidance for the management of investment portfolios.

The first question we should answer is “Is it normal for long-term bond yields to be higher than short-term yields, and if so, why?”  The answer to the first part of this question is “yes”, and it can be proven with historical data.  This chart shows the daily average yield since 1990 for all treasury securities with maturities ranging from thirty days to thirty years: 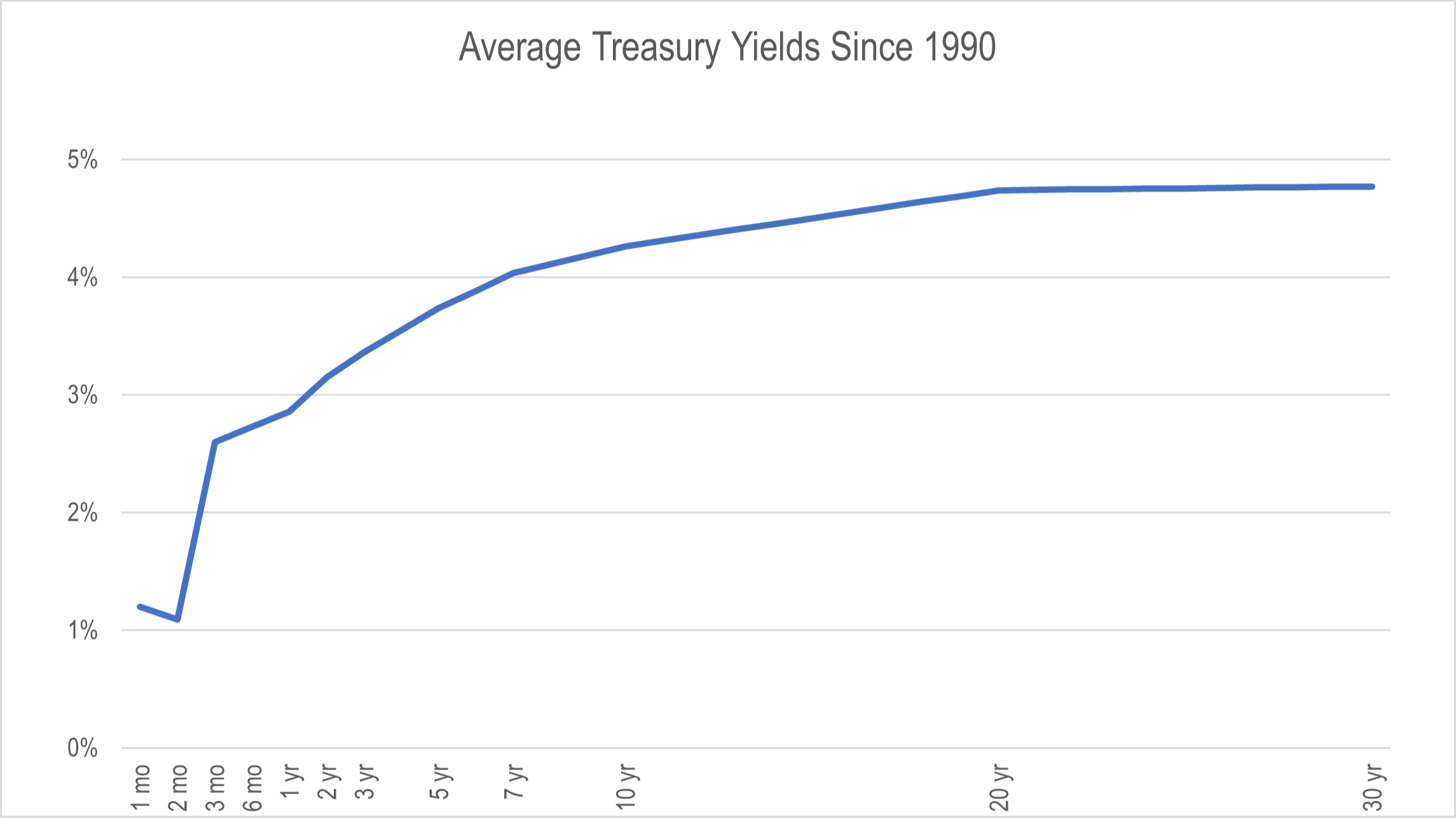 It is from graphs like this that we get the term “yield curve”.  The fact that long-term yields are generally higher can best be understood from the perspective of the borrower.  Consider a typical residential mortgage; once the amount of the mortgage is determined, the next factors in the payment equation are the interest rate and the number of years over which the mortgage must be repaid.  A $100,000 mortgage at 4% interest for 15 years would require monthly payments of $740.  If you extend the repayment period to 30 years but hold the interest rate at 4%, the monthly payment drops to $477.  But remember that this is only a minimum required payment.  The borrower always has the option of making some extra payments each month to speed up the payoff.  So under this scenario, there would be no justification to committing to the higher payments of a 15-year loan when a 30-year loan at the same interest rate provides more repayment flexibility at no additional cost.  Logically, then, the privilege of taking longer to repay a loan must be offset by a higher cost of borrowing the money.

The measurement of the “steepness” of the yield curve is most commonly represented by the difference between the three-month treasury bill yield and the ten-year treasury note yield, because these are the shortest and longest maturity treasury securities which have an unbroken history since 1989.  In that time there have been three prolonged periods where the three-month yield was higher than the ten-year yield.  The conventional wisdom is that this is a bad thing for the stock market, for either or both of two reasons:

Has this conventional wisdom proven to be correct over time?  Let’s have a look at the three inversion periods referenced above and see how they correlate with economic recessions:

Subsequent Recession:  March 2001 to November 2001.  This recession is associated with the boom and subsequent bust in dot-com businesses, which thrived in the late 1990s on unbridled enthusiasm about this new thing called “the internet”, as well as businesses scrambling to upgrade their software ahead of possible Y2K bugs.  The 9/11 attack worsened the recession. The economy contracted in two quarters: -1.1% in Q1 2001 and -1.7% in Q3 2001. Unemployment continued rising until it peaked at 6.3% in June 2003. From January 17, 2000 to October 9, 2002 the DJIA lost 37.8%.

Subsequent Recession:  December 2007 to June 2009.  The Great Recession was the worst and longest-lasting financial crisis in the U.S. since the 1929 Depression. The subprime mortgage crisis was the trigger. That created a global bank credit crisis in 2007. By 2008, the credit crisis had spread to the general economy through the widespread use of derivatives.  The economy shrank in five quarters, including four quarters in a row. Two quarters contracted more than 5 percent. In Q4 2008, GDP growth was -8.4%, worse than any other recession since the Great Depression. The recession ended in Q3 2009, when GDP growth turned positive, thanks to an economic stimulus package.  From October 9, 2007 to March 9, 2009 the DJIA declined 53.8%.

Subsequent Recession:  To be determined.  The textbook definition of a recession is two consecutive quarters of negative economic growth.  By this measure, and using data from the Bureau of Economic Analysis, we have already had a recession, with -1.6% change in Q1 2022 and -0.6% change in Q2 2022.  Q3 saw 2.6% growth, so the streak is over.  But Federal Reserve Chairman Jerome Powell has a different take, saying back in July that ““2.7 million people hired in the first half of the year, it doesn't make sense that the economy would be in recession.” (The Wall Street Journal, 27 July 2022).  One factor that can mask a recession is high inflation, since economic output is measured in dollars (which are not adjusted for inflation).  Thanks in large part to COVID-induced production disruptions and a boycott of Russian commodities, the 12-month CPI change peaked in June at 9.06%, and still remains at 7.75% through October.  For this reason, Powell changed the tenor of his message in September and sounded more like the Fed may need to risk a recession in order to combat inflation through higher interest rates.

*It may also be worth noting that if the 1-year Treasury bill is used to determine an inverted yield curve (rather than the 3-month bill), then we have been in an inverted state since July 12, 2022.

Conclusion:  While inverted yield curves have a strong record of being leading indicators of economic recessions, they also offer the courtesy of providing ample lead times for investors to make adjustments – eight to seventeen months in the examples cited above.

The opinions voiced in this material are for general information only and are not intended to provide specific advice or recommendations for any individual. All performance referenced is historical and is no guarantee of future results. All indices are unmanaged and may not be invested into directly.

The economic forecasts set forth in this material may not develop as predicted and there can be no guarantee that strategies promoted will be successful.

The Dow Jones Industrial Average is comprised of 30 stocks that are major factors in their industries and widely held by individuals and institutional investors.

All illustrations are hypothetical examples and are not representative of any specific investment. Your results may vary.